Nothing can dent the divine right of bankers

It is time to admit defeat. The bankers have got away with it. They have seen off politicians, regulators and angry citizens alike to stroll triumphant from the ruins of the great crash. Some thought the shock of 2008 might change things. We were fools. Bankers are still collecting multimillion-dollar bonuses even as they shrug off multibillion-dollar fines.

Countries and companies have gone bust, political leaders have fallen like skittles, and workers everywhere have been thrown out of jobs. We are all a lot poorer than we might have been. Yet on Wall Street and in the City of London, it is business as usual. Has the world been made safe for liberal financial capitalism? The short answer is No.

Two recent news items caught my attention. One reported the latest fine imposed on JPMorgan Chase, the US banking behemoth; the other that central bank regulators in Basel had diluted rules aimed at making commercial banks raise more capital against risk-taking. The remarkable thing about these reports is that they seemed wholly unremarkable. Big banks breaking the law and financial regulators retreating – what’s new?

Take the whopping fine on JPMorgan. The institution led by Jamie Dimon is paying $2.6bn to settle criminal and civil claims linked to Bernard Madoff’s Ponzi scheme. The penalty raised barely a ripple. No one in authority was vulgar enough to suggest Mr Dimon, once a poster boy for play-it-straight banking, might consider his position.

The fine, after all, was the latest in a long list. US and European banks have had to own up to crimes and misdemeanours ranging from money-laundering and interest rate fixing to defrauding customers and reckless trading. Sad to say, public outrage and political sensitivity have been dulled by familiarity.

What, anyway, is another couple of billion to an institution such as JPMorgan, which has totted up penalties of $20bn? In no other business would a chief executive survive such expensive ignominy. Bankers have made themselves an exception. The fines make only a small dent in the vast rents they extract from productive sectors of the economy. They may even be tax-deductible.

With the Basel decision, rule-setters let big investment banks off the hook by easing new requirements on leverage ratios, thus limiting the amounts they have to raise in new capital to set against their casino trading activities. The concessions chalked up another success for the industry’s slick public relations operation. Sometimes it almost seems the banks were victims rather than villains of the crash.

This has been the story since 2008. True, laws have been changed and regulations have been tightened to curb the most egregious dice games. Capital requirements have been raised a tad, lowering slightly the insurance risk to governments and reducing by the same small amount the implicit taxpayer subsidies that pay for the bankers’ bonuses. The Dodd-Frank legislation has increased compliance burdens on Wall Street.

Welcome as they are, these represent changes at the margin. The basic structure of the system – with its perverse incentives, too-big-to-fail institutions and too-powerful-to-jail executives – remains untouched. The universal banks, combining straightforward commercial banking with high-risk trading, live on. The result is that the organising purpose of banking – to provide essential lubrication for the real economy – remains entangled with dangerous and socially useless speculation.

Taxpayers are still providing big subsidies in the form of guarantees that, perversely, encourage banks to take more risks. In the absence of real competition, a self-sustaining oligopoly of senior bankers continues to set its own rewards. Banks complain about the fatter rule books, but what we have seen is a series of “tweaks” rather than the radical shake-up needed to make the system safe. What Paul Volcker, the former US Federal Reserve chairman, has called the “unfinished business” of reform remains just that.

So what accounts for this palpable surrender to the divine right of bankers? Three reasons come to mind. The first, prosaically, stems from the banks’ vital function in any market economy. Once they had rescued the financial system from meltdown, policy makers turned their attention to the real economy. Faced with deep recessions and soaring fiscal deficits, they were loath to risk renewed destabilisation of the financial system. Instead, they decided to make do and mend.

Second, the reforms are the work essentially of insiders – the central bankers and regulators who gave the system a clean bill of health before the crash. They wanted to make the system a bit safer rather than to acknowledge that the basic structure was essentially rotten.

Finally, the banks have far outclassed politicians and regulators in a high-stakes game of bluff. Each demand for more capital or tighter prudential controls has been greeted with none-too-subtle threats that they would choke off credit to business. The politicians blinked.

The banks were not alone in their responsibility for the crash. There were other forces at work, not least huge imbalances in the world economy. Regulators were asleep.

Yet it is truly extraordinary that the reign of the bankers has carried on uninterrupted. Like monarchs of old, they have accepted some constraints, but these can be worn away over time. Their power and riches are largely untouched. Whatever happened, I sometimes wonder, to Robespierre’s guillotine? 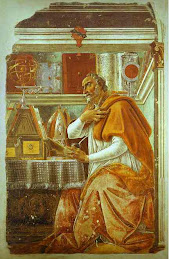